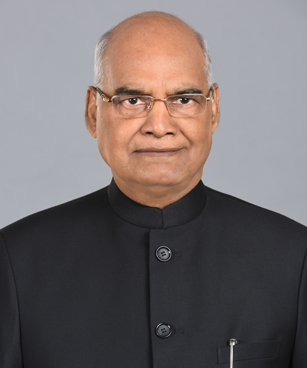 As provided for in Section 09 of the English and Foreign Languages University, Act 2007, the President of India is the Visitor of the University.

A lawyer, veteran political representative and long-time advocate of egalitarianism and integrity in Indian public life and society, Shri Ram Nath Kovind was born on October 1, 1945, in Paraunkh, near Kanpur, Uttar Pradesh. His parents were Shri Maiku Lal and Smt Kalawati.