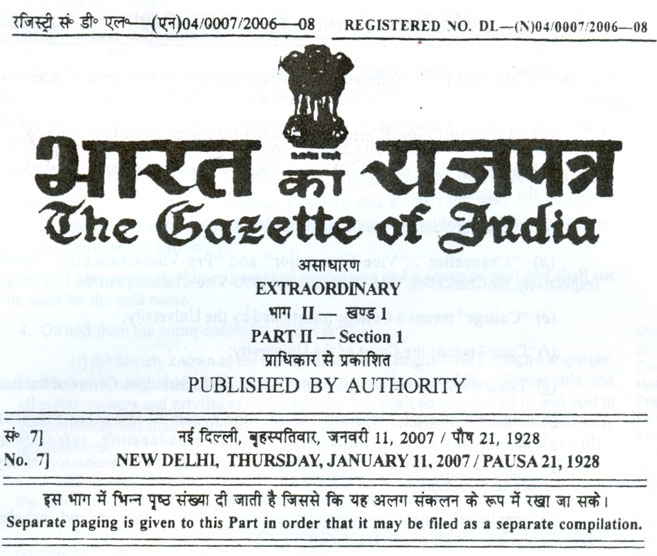 MINISTRY OF LAW AND JUSTICE

New Delhi, the 11th January, 2007/Pausa 21, 1928 (Saka) The following Act of Parliament received the assent of the President on the 10th January, 2007, and is hereby published for general information

An Act to establish and incorporate a teaching University for promotion and development of English and other Foreign Languages and their Literature, and to provide for matters connected therewith or incidental thereto. Whereas it is expedient to establish and incorporate a teaching University at Hyderabad, to dissolve the "Central Institute of English and Foreign Languages, Hyderabad", a Society registered under the Hyderabad Societies Registration Act, 1350 (Fasli) and to transfer to and vest in the said University all properties and rights of the said Society;